My Review of the New Testament 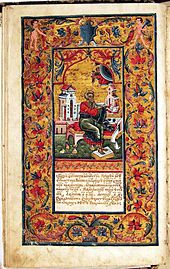 Last year I wrote a review of the Old Testament. It was an off-topic post that I almost regretted posting, except that I did get a few comments from readers who appreciated my side jog because it showed I think about more than technical writing. This year I've been reading the New Testament, which is much shorter but also more challenging in some ways.

I have a lot of thoughts on what I read, and a post like this is going to be hard however I write it. I also want to make a disclaimer that my thoughts don't have a central theme to them; they're just a bunch of random observations. Also, the more I learn, the more I realize how little I know or understand.

As I read the New Testament this year, I started listening to Dale Martin's New Testament course at Yale (thanks to iTunes University), as well as Bart Ehrman's Jesus Interrupted and Peter, Paul, and Mary books via Audible. Both of these scholars argue similar historical critical perspectives. Here are my notes:

After some immersion in the historical critical view for so long, I began to lose interest in the New Testament text. When I hit Revelation, that apocalyptic firecracker, I stopped reading and didn't pick it back up for months. What reignited my interest was to see such an outpouring of attention on religion in the media. With religion affecting politics and plays, new candidates and polls, it's hard to not feel caught up in the discussion, even if my post doesn't relate directly.

Overall, my study of the New Testament leads me to conclude that Christianity is just as strange and mysterious and controversial as any religion. I think any believer would do well to immerse him or herself in scholarly texts (like the Dale Martin and Bart Ehrman sources I described). Too often people slip into a feeling of comfort with absolutes. To many readers, there are few unanswered questions, controversies, or paradoxes in this text.

Ultimately, there seems to be a difference in purpose. The effort of scholarly analysis is to open a text. The effort of clergy-driven analysis is usually to close a text. These two fundamentally opposing points of view don't mix well. However, I don't think the latter mindset is true to the central figure in the book. He's clearly a revolutionary thinker and, as I noted earlier, a table turner on convention. How so many followers fail to catch the same mindset exemplified in the text seems an unfortunate paradox of religious culture.

While I praise open-mindedness, I have to remember that at the extreme, it can lead to relativism, and that might not be a valuable position to take either. Ultimately open-mindedness can challenge belief itself.

In deciding whether someone is open or closed in their thoughts on any text (scripture or not), it's good to remember that people who may be close-minded, that is, favoring simple absolutes, may be quite open-minded about other topics they're more passionate about. One cannot be rigorous and curious about everything, and we should respect that.

While I make these concessions, I clearly enjoy the attempt to open a text rather than close it off. The desire for simple closure leads to a kind of provincialism that gives "Bible readers" such a bad reputation. One should always ask questions and explore a variety of answers to those questions. Such a text as the New Testament lends itself to exactly this kind of exploration.

Even sticking with a specific creed, the New Testament is engaging to read. If you've never read it, I recommend reading Matthew and John. The way the writers weave together stories and teachings to portray Jesus is masterful. If you want to move towards a more critical view, read the gospels against each other, comparing and contrasting the differences between them. These differences give rise to so much of what scholars write about.