My father passed away on Dec 26, 2018, due to stomach cancer. He was 84 years old. The following is the obituary I wrote.

David Tait Johnson, age 84, passed away on December 26, 2018, in St. Petersburg, Florida, after a short battle with cancer. He was born in San Diego on July 26, 1935, to Mildred Odessa Tait and Henry Edgar Johnson.

David was their second son. After growing up in San Diego, he joined the Air Force and served as a pilot. After his time in the military, he studied English literature at San Diego State and then pursued a Ph.D. in the same at the University of Washington. He settled in Washington for his career.

Although he worked in business (owning a tavern and a pawn shop for a time) and for the government (as a safety officer and emissions inspector) for most of his career, he maintained a lifelong love for literature and poetry. He loved poems, memorized them, and would often pin up quotes. He would find books, both fiction and non-fiction, at seemingly every opportunity, even garage sales, and read them. He was an articulate letter writer and could express his best thoughts in words and reflections.

Throughout his life, he also maintained his faith in the divine, even if his affiliations with churches often evolved (from Russian Orthodox to Baptist to Methodist). He had a passion for studying early Christianity and loved learning about martyrs and other historical figures. In his home, he had a life-size wooden statue of St. Francis, his favorite saint, for more than 30 years.

He married several times, and though most of his marriages failed, he always celebrated each as a success. David loved to drive around in an old truck, often taking the long route through some previously unexplored backroads. In his later years, he would go on lengthy morning walks. He often dabbled with musical instruments (from violin to ukulele), once took up sailing in Florida’s blue ocean waters, and had an energetic dog named Jack. David loved life. He will be sorely missed. David is survived by his two children, Elizabeth Lee Carey and Thomas Henry Johnson, and his spouse, Agatha Hobbs. He was buried in the Sarasota National Cemetery in Florida.

Here is a screenshot of our family tree going a few generations back. 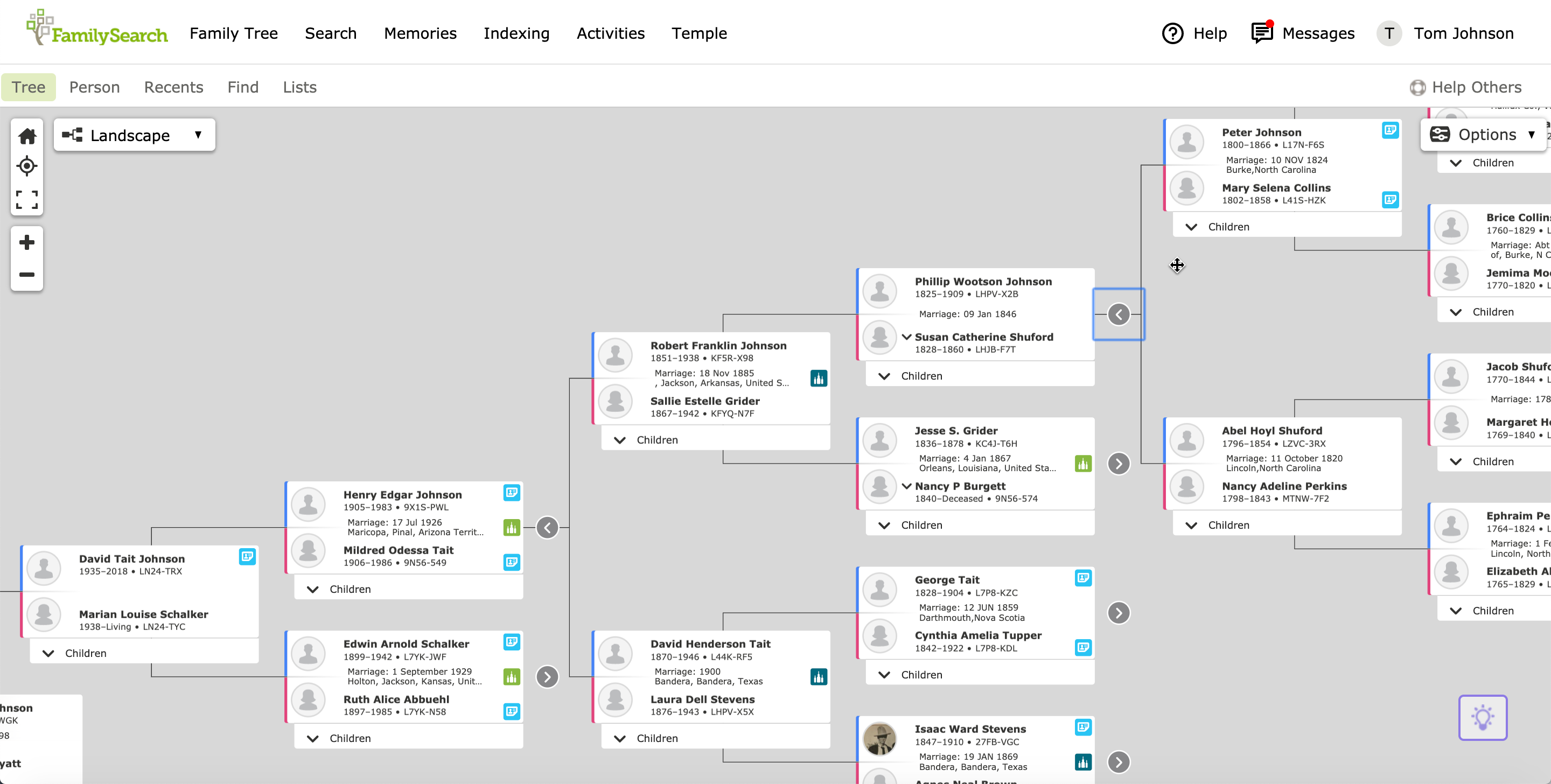 This is in Family Search and goes back to the 1500s or so (not research that I’ve done, but which someone has done for us).