Innovation in Technology -- During Research, Unexpected Findings Lead You Down New Paths 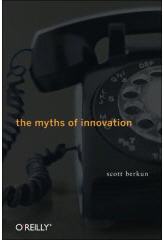 Lately I've been reading Scott Berkun's The Myths of Innovation. A passage about the methods for innovation jumped out at me. Berkun writes,

Many innovations start in the same way as mentioned previously [from dedicated problem solvers], but an unexpected opportunity emerges and is pursued midway through the work (p. 41).

In other words, while people are pursuing one direction, they encounter a surprise that leads them down another, more fruitful path. The surprise may lead to an invention completely unrelated from the original intent of the research.

Berkun then mentions three examples (which I describe below) where an invention came about unexpectedly.

3M, the makers of Scotch tape and Post-it Notes, originally stood for “Minnesota Mining and Manufacturing Company.” In the early 1900's, 3M was drilling mineral deposits to find better ways of making grinding wheels. Faced with declining profits, they shifted products to abrasives (e.g., sandpaper). One day an employee saw an industrial painter swearing at the sticky residue his tape left on a car. 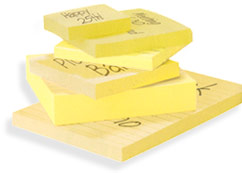 The 3M employee, Richard Carlton, saw a need for tape with a non-sticky glue (which wouldn't leave residue), and eventually developed Scotch masking tape. Later, using the same non-sticky glue technology, 3M came out with Post-it Notes. Who would have thought Post-it notes would come out of a mineral mining company?

CNN has a fascinating article on the unexpected twists and turns 3M has taken since its inception. According to CNN,

After the development of masking tape, McKnight [one of 3M's entrepreneurs] learned a crucial lesson about letting his engineers follow their instincts. He soon codified this lesson into a policy known as the 15% rule. "Encourage experimental doodling," he told his managers. "If you put fences around people, you get sheep. Give people the room they need." Still in place today, the rule lets 3M engineers spend up to 15% of their work time pursuing whatever project they like. ("3M: A Mining Company Built on a Mistake ...")

Based on the success from the unexpected innovation, 3M has adopted additional policies to encourage free thinking and innovation.

With Craigslist, Craig Newmark's original intent wasn't to build a community-information-and-exchange site for all the U.S. Instead, he began using e-mail to let his friends know about cool events taking place around San Francisco. When e-mail would no longer support the demands of the information, Craig evolved the site into the popular Craigslist site it is today. (For a podcast with Craigslist founder, see this podcast from iinnovate.)

I can think of two other inventions where the original intention was different from the end result. I mentioned Pavlov's salivating dog experiment in a post last week. Pavlov didn't start out researching conditional reflexes. Instead, he was investigating saliva. Obviously he needed saliva from the dogs to perform his studies. As he rang a bell to make them aware of food, he discovered the conditional reflexes that turned the direction of his research. 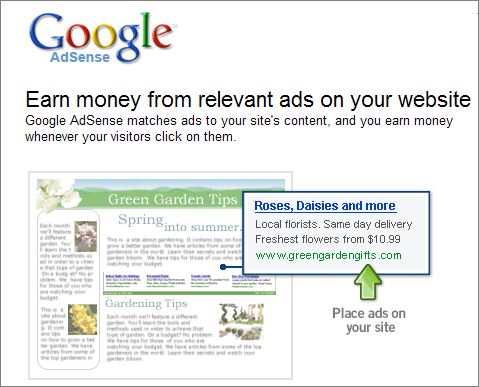 Adsense, Google's billion-dollar revenue generator, didn't come about in a straightforward path of innovation. Integration of ads with user-generated content began with Gmail. The product manage, Marissa Mayer, nearly killed the idea because it seemed "creepy and weird" to pair up ads with matching keywords from email. However, the ad integration became popular and led to the formation of Adsense, which matches ad keywords based on Google searches. Adsense is now one of Google's main revenue generators.

(For the full story on Adsense, see "How Marissa Mayer Almost Killed Adsense," from Blogoscoped. I also wrote briefly about it here.)

It's no secret that Google employees are given a small chunk of time to pursue personal, creative projects. David Vise and Mark Malseed in The Google Story explain the 20% free time to be creative that all Google employees enjoy:

At Google there is a 20 percent rule, that encourages employees to be creative and innovative. Employees are told to work on their own interests for 20 percent of their time, or one day per week. These projects are encouraged to spark the creativity of Google's employees and to motivate them to come up with new products and ideas. To quote Krishna Baharat from Google (who developed Google News as one of his 20 percent projects), "The 20 percent time was invented for people to just explore. People are productive when they are working on things they see as important or they have invented, or are working on something they are passionate about. This is also an opportunity to get bottom-up innovation. There is only so much that top management can specify or ordain." (Vise, 2005, p. 132). Employees have some flexibility around their 20 percent time -- they can use it weekly, or pool it, to spend more concentrated time on their projects. (Quoted from Information Visualization)

Having 20 percent of your time to pursue your own projects helps make you passionate and extra-engaged about those projects (unlike some other project that may have been forced on you).

At the last STC conference, I attended a panel on career strategies that included Andrea Ames, an information strategist (tech writer) at IBM. If I remember correctly, Ames explained that at IBM, each Friday they have a four-hour sacred block where they set aside their regular projects and reflect. This period of reflection can help fuel new ideas and innovation.

Should Technical Writers Have a 20% Rule?

Definitely, technical writers should have time to innovate. Often when I read about research and innovation and inventions of new products, technical communication is not the first thing that comes to mind. Technical communication brings up associations of the realm of the known, the tedious, humdrum task of explaining what's already built. People think we're only describing inventions, documenting in the footsteps of innovators.

But that mindset is wrong. The field of technical writing poses many challenges that have simply been considered unsolvable. With Web 2.0 technologies, we're on the brink of major transformations in the field.

I'm not sure a 20% rule will result in innovation, but it can encourage an innovative environment. Encouraging tech writers to take risks, allowing them to explore new deliverables and alternative methods for gathering information, not locking down their computers with a rigid lists approved applications and old-fashioned style guide rules — all this can help writers become innovators.

What do you think needs innovation in the field of technical communication?