A Life of Its Own: An Essay About an Article That Was Never Published 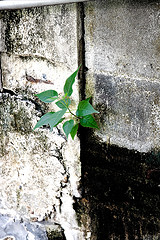 Last year I worked on a news article that showcased certain technologies at my work. The news article was an assignment, the kickoff of a series of articles. I worked especially hard on it, as it was the first one to introduce the series. I came up with a sensible structure, gathered interesting facts and information, and then meticulously crafted the content. I structured the information in a logical way, making sure each paragraph contained a well-developed point that supported the flow of the whole.

I refined and refined the language. I made sure each fact was accurately paraphrased and referenced. The article occupied so much of my attention, I worked on it over the weekend, and once late at night. After several days of focusing on practically nothing other than the article, I submitted it to the appropriate person for review.

After reading through the article, the reviewer noted that it was good, but it wasn't entirely what she had it mind. Whereas I focused on information in the present, she wanted more stories from the past. More stories and anecdotes that show the larger point she wanted to make about the technology.

I returned to my desk, thinking about a new approach. She was right. Somehow, in writing the article, I had neglected story. Story was a key missing element.

The next day, I traveled to the main library for my organization, in downtown Salt Lake, to look for stories from the past. I immersed myself in old books, theses, articles, almanacs, and journals -- looking for stories or interesting anecdotes that might illustrate the larger point we wanted to make. You have to read to find stories, or talk to people, I realized. Stories don't just arrive at your desk while you're hacking away at the language. You have to look for them as you might look for lost money.

While searching for stories, I realized a thing or two. Story is the form that speaks most clearly to our psyche, but life does not naturally play out in stories. For example, the events of my day are mostly mundane. Today I woke up, worked on some wordpress projects, drove to work, worked on some writing projects, played basketball at lunch, came home, ate lasagna, played in the backyard with my kids,  talked with a client on the phone, watched some TV, and here I am typing this blog post. Not a particularly memorable day. Next week I will remember almost nothing of what happened. It will become a blur in my past, just an average day of life.

If this were the substance of journals, histories, biographies, and other records, no one would read them. They would slip into non-use. It's our nature to craft the mundane events of our lives into stories. We demand that a person's life is no mere series of humdrum events. Life is a battle against conflict. It's an attempt to reach a difficult goal. It's a struggle to move in a particular direction that resists us. As such, we select the events that matter for that purpose. We heighten the detail that poses the antagonizing force. As we tell the story, we focus on the information that can be bent and shaped into a plot. And then we move towards a defining moment, which if we capture at exactly the right time, changes everything. We do all this even if it does not match history in a matter-of-fact way, because we thirst for story.

While researching and brainstorming stories, I began to see a different story develop than I had originally intended. Leveraging as many details as I could, I made a revision. I found all the ingredients I needed to rewrite the article in an interesting way. And with the help of a colleague, who supplied a fascinating quote, I landed a perfect ten in the conclusion, or so I thought.

The next week I submitted the revision for review. She read it and gave me a brief compliment before noting the purpose she had in mind followed another direction contrary to the position in my article. I still hadn't really grasped what she wanted. I decided to scrap the entire approach and begin once more anew. Again, I crafted a new article. I painstakingly brainstormed a new approach, researched out the various points, and narrated it in a seamlessly smooth way.

But just as before, it didn't meet the reviewer's approval. Finally, I put the article on hold for a week. A couple of weeks later, the entire project was canceled.

At first I was stunned. I'd put at least two weeks worth of time into this article, and I thought at least some version of it was good enough, or salvageable, to avoid a fate in a content scrapyard.

Why had the entire project been canceled? This initial article was supposed to kick off a series of articles that would run throughout the year.

The effort was not worth the payoff, I was told. The hits we would receive from the article's publication didn't seem worth the time to write, review, and approve the content, especially with all the directors and leaders involved.

Although shocked, I also felt a sense of relief. I no longer had to do the project. There were a lot of other projects I could focus on instead. I could put this impossible article -- and all those that would surely follow -- completely out of my mind. Except I couldn't entirely do that, for some reason.

For nearly a month I focused on other matters, but every now and then I brooded on the failed article. It seemed misguided in a fundamental way, but how? What did I do wrong? I had confidence in the quality of my writing. The essay read well. The problem, perhaps, was the initial assumption. We assumed that an article that takes a week to write should get a significant amount of visibility for the cost involved. If that visibility can't be ensured, the article isn't worth writing. Was that assumption correct?

It may be true to an extent. But it seemed like an easy approach to visibility, trying to leverage an existing platform that already had a sizeable readership. In today's publishing, destination doesn't matter as much anymore. Good content gets retweeted, blogged about, and shared on enough sites that the original URL isn't all that significant.

But even more problematic is the idea that you can simply get instant visibility. If there's one thing I've learned about blog readership, it's that it takes time to grow an audience. There's hardly a way to instantly grow your readership. Sure you may have a home run post that doubles or triples your existing readership, but in my experience, subscribers grow slowly and steadily. I add about 50 readers to my site a month. Each good post brings in about 15 new readers, while several leave as well. It's slow going, and it takes a lot of time and patience. To think the whole effort isn't worth it because it simply takes too much time for the payoff is thinking only in the short-term.

But how do you convince someone that the site may not achieve the visibility we want for at least three years, and that during that time, we'll need to publish several high quality posts a week? Online publishing isn't an overnight sensation that erupts when you write one or two engaging posts. You have to write solid content over a period of years to build up the readership you want.

Despite my misgivings about the cancellation, the project was never resurrected. I instead fueled my efforts into another site that had a much smaller readership, and I wrote or edited article after article for that site. I no longer ghost-wrote anything. I simply wrote, and managed other writers and their writing. About 8 months passed by like this, writing and publishing at a steady pace of about 2 to 3 articles a week.

I am not sure that corporate business leaders have the patience and stamina to build up a loyal following of readers. It's a long, slow, calculating process that cannot be won with a single post. That introductory post I labored over for weeks -- it was just one nail in the framework for a house. Blogging requires steady content, week after week, persuading one reader at a time, one word at a time, that your site is worth reading, following, and sharing. Is any single article so important that it deserves endless scrutiny and revision before publishing? Perhaps instead what we need is writing and publishing endurance, the ability to keep going week after week, constantly seeking out the right content for the audience, and crafting it so that readers find it appealing.

Failed articles shouldn't be a sore point. In the history of writing, how many countless articles have been written and never published? As a professional writer, I've developed thick enough skin that discarding weeks worth of effort shouldn't upset me, nor undermine my self-confidence. Still, the way the discarded article keeps creeping into my psyche, returning again and again in unexpected hours, means I left something unresolved.

I still have the essay sitting on my hard-drive -- about a dozen versions of it. I can't put the article to rest in my mind, but rather continue to contemplate and reflect on it, like an unsolved mystery. A cold case that keeps stewing. It doesn't want to die, I think.

I just re-read that essay I wrote months ago. Was my memory playing tricks on me? Was it really something that should have been discarded? All my literary judgment tells me no. It is as smooth and flawless as the day I wrote it.

Was there some element that needs discarding, some small line or paragraph that is poisoning the whole? Perhaps, but like a paring knife to a spot on a bad apple, I am confident I can carve it out.

It's developed a life of its own now, and won't be silenced.

Sooner or later, I am going to publish that darn essay.