How authorization works with APIs

Some common forms of authentication and authorization with APIs include Basic Auth, HMAC, and OAuth 2.0. In this post, I explain how these methods work. This material comes from other content I'm preparing about REST APIs.
Note: For a more up-to-date version of this content, see Documenting authentication and authorization requirements in my API course.

Lately I’ve been busy working on content for some API documentation workshops. One of the topics I wanted to cover in the workshop is how authentication and authorization work with APIs. This is probably one of the more complicated aspects of APIs, so I’d like to get as much feedback as possible about this section.

Before users can make requests with your API, they’ll usually need to register for some kind of application key, or learn other ways to authenticate the requests.

APIs vary in the way they authenticate users. Some APIs just require you to include an API key in the request header, while other APIs require elaborate security due to the need to protect sensitive data, prove identity, and ensure the requests aren’t tampered with.

In this section, you’ll learn more about authentication and what you should focus on in documentation.

An API might authenticate you but not authorize you to make a certain request.

Consequences if an API lacks security

Clearly, API developers must think about ways to make APIs secure. There are quite a few different methods. I’ll explain a few of the most common ones here.

The company producing the API might use the API key for any of the following:

Sometimes APIs will give you both a public and private key. The public key is usually included in the request, while the private key is treated more like a password and used only in server-to-server communication.

In some API documentation, when you’re logged into the site, your API key automatically gets populated into the sample code and API Explorer. (Flickr’s API does this, for example.)

APIs that use Basic Auth will also use HTTPS, which means the message content will be encrypted within the HTTP transport protocol. (Without HTTPS, it would be easy for people to decode the username and password.)

When the API server receives the message, it decrypts the message and examines the header. After decoding the string and analyzing the username and password, it then decides whether to accept or reject the request.

In Postman, you can configure Basic Authorization like this:

The Headers tab now contains a key-value pair that looks like this:

Postman handles the Base64 encoding for you automatically when you enter a username and password with Basic Auth selected.

HMAC stands for Hash-based message authorization code and is a stronger type of authentication.

With HMAC, both the sender and receiver know a secret key that no one else does. The sender creates a message based on some system properties (for example, the request timestamp plus account ID).

The message is then encoded by the secret key and passed through a secure hashing algorithm (SHA). (A hash is a scramble of a string based on an algorithm.) The resulting value, referred to as a signature, is placed in the request header.

When the receiver (the API server) receives the request, it takes the same system properties (the request timestamp plus account ID) and uses the secret key (which only the requester and API server know) and SHA to generate the same string.

Here’s a diagram depicting this workflow:

The important point is that the secret key (critical to reconstructing the hash) is known only to the sender and receiver. The secret key is not included in the request.

HMAC security is used when you want to ensure the request is both authentic and hasn’t been tampered with.

One popular method for authenticating and authorizing users is to use OAuth 2.0. This approach relies upon an authentication server to communicate with the API server in order to grant access. You often see OAuth 2.0 when you’re using a site and are prompted to log in using a service like Twitter, Google, or Facebook. 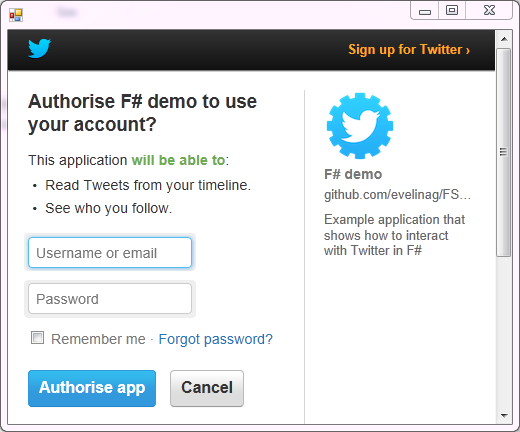 There are a few varieties of OAuth — namely, “one-legged OAuth” and “three-legged OAuth.” One-legged OAuth is used when you don’t have sensitive data to secure. This might be the case if you’re just retrieving general, read-only information (such as news articles).

In contrast, three-legged OAuth is used when you need to protect sensitive data. There are three groups interacting in this scenario:

Here’s the basic workflow of OAuth 2.0:

The access token is packaged into a query parameter in a response redirect (302) to the request. The redirect points the user’s request back to the resource server (the API server).

The user then makes a request to the resource server (API server). The access token gets added to the header of the API request with the word Bearer followed by the token string. The API server checks the access token in the user’s request and decides whether to authenticate the user.

Access tokens not only provide authentication for the requester, they also define the permissions of how the user can use the API. Additionally, access tokens usually expire after a period of time and require the user to log in again.

For more information about OAuth 2.0, see these resources:

What to document with authentication

In API documentation, you don’t need to explain how your authentication works in detail to outside users. In fact, not explaining the internal details of your authentication process is probably a best practice as it would make it harder for hackers to abuse the API.

However, you do need to explain some basic information such as:

If you have public and private keys, you should explain where each key should be used, and that private keys should not be shared.

If different license tiers provide different access to the API calls you can make, these licensing tiers should be explicit in your authorization section or elsewhere.

Where to list the API keys section in documentation

Since the API keys section is usually essential before developers can start using the API, this section needs to appear in the beginning of your help.

Here’s a screenshot from SendGrid’s documentation on API keys:

Include information on rate limits

Whether in the authorization keys or another section, you should list any applicable rate limits to the API calls. Rate limits determine how frequently you can call a particular endpoint. Different tiers and licenses may have different capabilities or rate limits.

If your site has hundreds of thousands of visitors a day, and each page reload calls an API endpoint, you want to be sure the API can support that kind of traffic.

Here’s a great example of the rate limits section from the Github API: 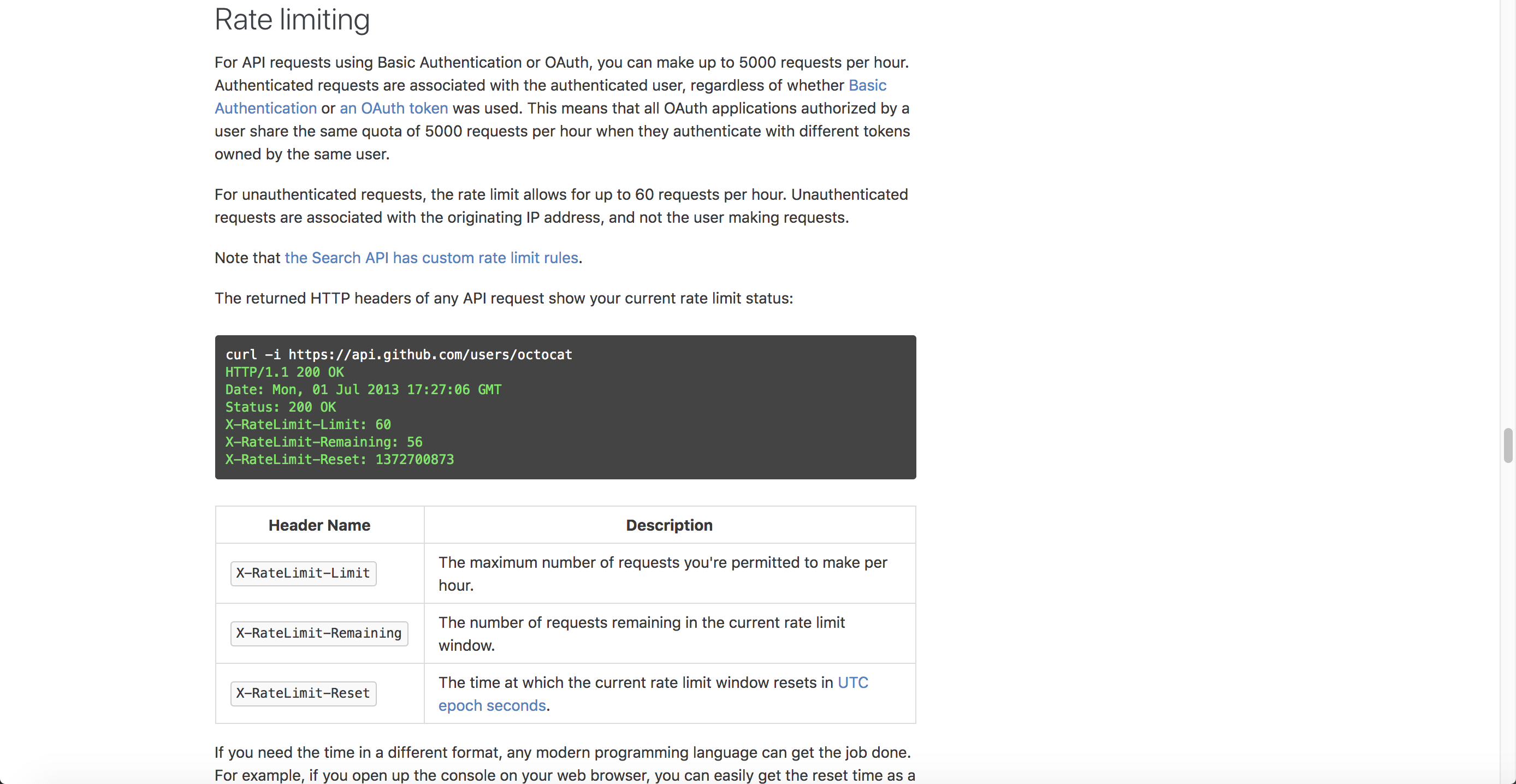 (By the way, if you’re interested in reviewing some of the content for my REST API course, let me know. I’m trying to get the material in top condition before publishing it in an online course and ebook, and I could use all the feedback I can get.)