Principle 10: Hide complexity with UX design (such as through JS or CSS)

If you can't delete information to reduce complexity, look for ways to hide less-used information on the screen through JavaScript techniques, such as show/hide elements, expand/collapse toggles, navtabs, tooltips, and more.

While troubleshooting a recent support case, I looked over documentation I’d written nearly a year ago, trying to identify where the user got stuck. I was shocked at how confusing the docs now seemed. The documentation tried to explain query syntax for targeting elements in a media feed that could be either JSON or XML. If the feed was JSON, developers would use one type of query syntax; if the feed was XML, they would use another. The documentation discussed the two approaches in sections one right after another.

This scenario is common in developer docs because you often have multiple languages to account for. You might have a process for calling an API that you need to explain using PHP, Java, .NET, or other languages and frameworks. The general approach might typically be the same, but the code samples and specific technical details will differ. 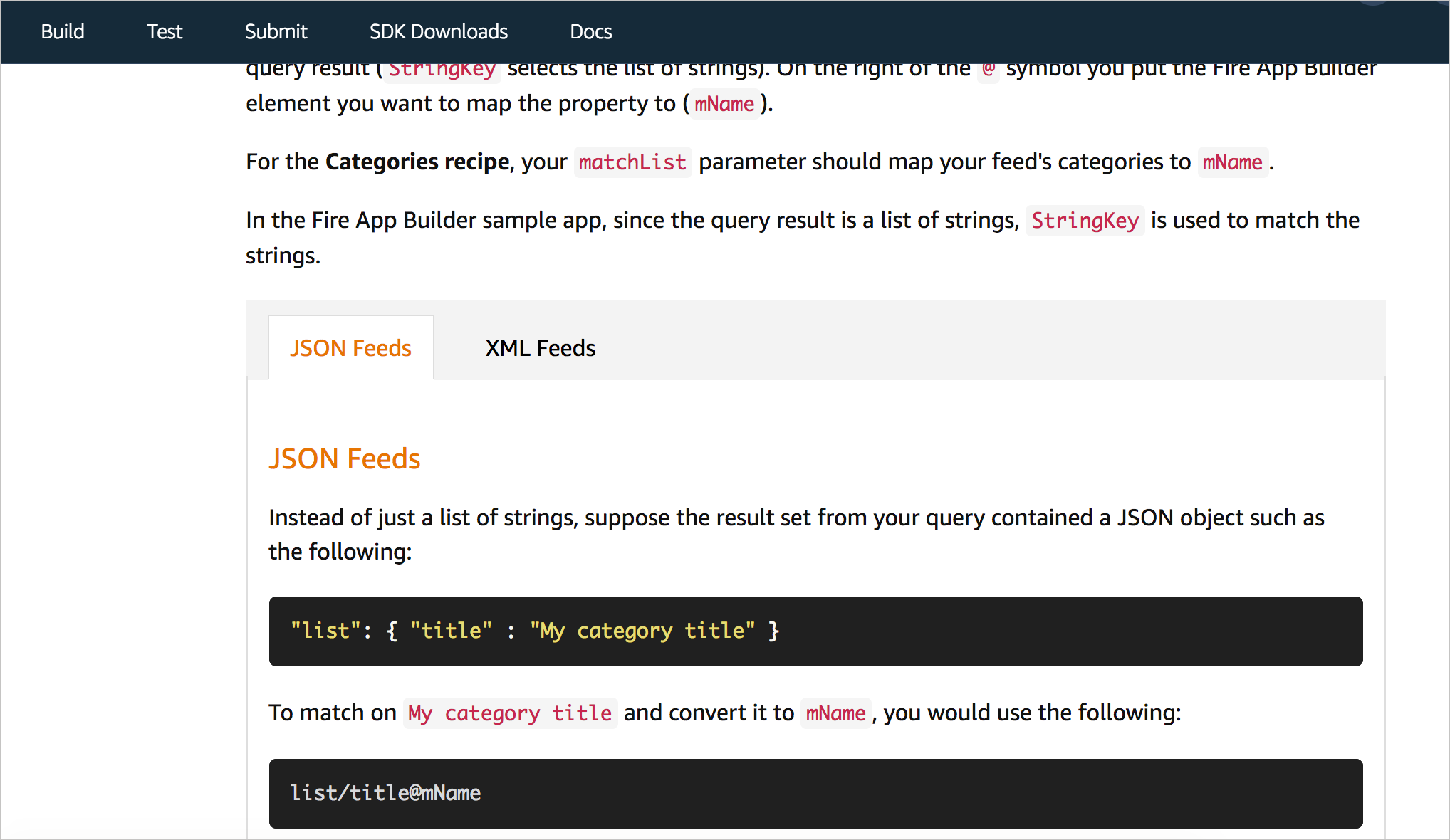 Previously, I had these sections stacked on top of each other, which lengthened the page and increased the visual clutter. By incorporating navtabs like this, users who care only about JSON or XML can select the corresponding tab and avoid seeing the irrelevant material.

As technical writers, when we try to simplify information, our first assessment should be to consider whether we can delete the information. But in many cases, product teams want the information included, even if it applies to just a minority of users. In these cases, we can rely on interactive JavaScript techniques for hiding this less-used information. Hiding these details can help simplify our docs because users won’t have to sort through potentially irrelevant information in order to read the instructions.

If you can’t delete it, hide it

If you can’t kill a complex feature, the next best thing is to hide it. Too often, rarely used yet complex features take up more screen real estate than frequently used yet simple features. This shouldn’t be. A good user interface should make the most common tasks the most prominent and then hide rare tasks so that they don’t get in the way. — Minimizing Complexity In User Interfaces — Smashing Magazine

Hiding complexity is one way to simplify the information experience for users. Although most UI principles apply to interface design, we can equally apply them to documentation. Here’s the same passage above but adjusted to target documentation:

If you can’t kill a complex explanation, the next best thing is to hide it. Too often, rarely used yet complex explanations and processes take up more screen real estate than frequently used yet simple features. This shouldn’t be. Good user documentation should make the most common tasks the most prominent and then hide rare tasks so that they don’t get in the way.

When Tate designs a UI, he considers the 80/20 rule, where 80% of people use just 20% of the features. He makes the 20% of features occupy prime real estate while either removing or hiding the other less-used features.

We can use a number techniques to hide complex information. Here are a variety of techniques along with examples:

I once saw Tufte give a workshop in Chicago where he introduced a valuable concept. He said information may be displayed adjacent in space or stacked in time. Take a book for example. If two dots are on the same spread, they are adjacent in space. All it takes to switch between them is movement of your eye. Compare that to a dot on one page stacked above a dot on another page. You can’t see them at once. You have to flip back and forth between pages to see one dot versus the other.”

The trade-offs between elements adjacent in space versus stacked in time are always in the mind of a UI designer. Placing many elements on the same screen reduces the need for navigation and gives users a comprehensive feeling of “it’s all at my command.” Moving focus from one element to another is instant and seamless. On the flip side, separating elements onto different screens slows things down with navigation while increasing clarity. There is more room for explanation and luxurious space when fewer elements occupy the page. The eye has less to filter through. The course of action is more obvious.Learning from “bad” UI – Signal v. Noise

In cases where you’re showing code for different programming languages, stacking would be better. There’s no need for the user to take in multiple code languages at once.

One consequence of implementing JS techniques to hide complexity is that the information becomes harder to generate to PDF. You pretty much end up with a web-only output. If you have requirements to deliver PDF, you might be limited in the number of JS techniques you can implement, or you’ll have to code the content more carefully.

Implementing JS techniques also poses challenges for authors following structured authoring schemas like DITA or Docbook. If you want to implement some show/hide elements with JS, you probably can’t, as that code won’t validate with the schema. Given that the number of authors who must conform to a given XML schema constitute a large number of tech writers, it’s no surprise that JS isn’t more commonly used in docs. This is part of the reason tech doc interfaces tend to feel outdated in comparison to modern website UIs. If we want to embrace modern web interfaces that give us greater control to simplify the information shown to users, we will probably start ditching PDF and XML.

Finally, many tech writers feel that hiding elements on the page reduces the user’s ability to quickly find information, such as after landing on a search results page or when pressing Ctrl+F. If users can’t quickly locate information because the content is hidden by default, they might quickly lose patience and leave the page. Because of this, you probably want to limit the number of hidden elements on the page so that users don’t play guessing games in opening various doors to see where the information might be hidden. On the other hand, with clearly labeled section headings, locating the information should be fairly intuitive. And because of the reduced visual clutter, users might be able to see the section more quickly.