When we talk about innovation, we usually refer to new tools, processes, or other techniques that improve how we do something. For example, in software development, the agile software process is an innovation from the waterfall method.

Here are a few examples of disruptive innovations:

Disruptive innovations often develop in the background for a number of years in a sub-par, low performing way -- gaining and growing steadily in humble ways. Then at some point, the underdog technology matures and overtakes the mainstream technology almost overnight. At this point, the emerging technology becomes a disruptive technology.

When Alexander Graham Bell first developed the telephone, it was about the equivalent of two soup cans connected with string. You could sort of hear someone 50 feet away through static and crackles. Telegraph companies dismissed the telephone and weren't interested in buying the Bell's telephone invention. They continued using telegraphs to deliver messages. Then one day, some years later, Bell's telephone technology matured and became better than the telegraph. Almost instantly, the telegraph became a relic of the past. 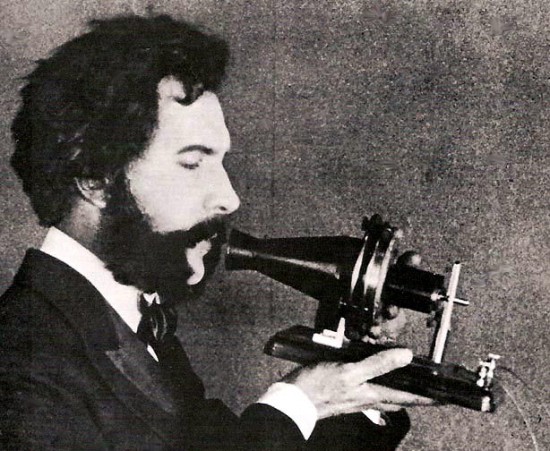 Businesses are too busy improving their existing technology with new features, fixes, and other improvements in order to stay ahead of the existing competition. A disruptive innovation usually presents an entirely different model that would require the mainstream company to go in radically different ways. Companies working with disruptive technologies often operate in a different value market entirely.

For example, a startup company might be funded from a venture capitalist and not be expected to be profitable for a number of years while its hums along in research and development mode. In contrast, mainstream companies are responsible to a group of shareholders for creating increased revenue each business quarter. As such, they don't have the capacity to operate like the startup in R&D mode without concern for immediate profit.

When the emerging technology matures and displaces the mainstream technology, mainstream companies can only try to compete with the rival by following a imitative, me-too strategy, essentially presenting a similar product rather than a disruptive technology of its own.

One of my favorite examples of a disruptive innovation is Netflix and Blockbuster. When I was a teenager, it was common to go to Blockbuster and pick out a movie. Picking the movie with friends was half the fun of the movie itself. Netflix was a newcomer to the scene, and I remember hearing one day that Netflix poured millions of dollars into developing a new streaming technology.

At the time, bandwidth wasn't strong enough to think that you could ever stream numerous gigabytes of data in an experience that didn't result in buffering every 10 seconds. Then one day Netflix just worked, and Blockbuster practically disappeared overnight.

And how can you tell if a technology that is developing in the background is going to one day displace the mainstream technology, or if it's just going to disappear, like Google Glass, Google Wave, the semantic web, or the Segway?

Since technical writers are at the center of the authoring and publishing process, we are ripe to take advantage of the many innovations available to us in our work, in addition to introducing our own innovations.

In this series, I'll explore the topic of innovation as it relates to technical communication, how to evaluate different innovations, and strategies for embracing innovation. Throughout the series, I would really appreciate your feedback in helping me refine and deepen my perspectives on innovation.