Imperfect content and the difficulty of writing video scripts 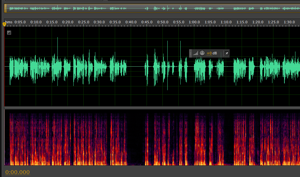 A long time ago I wrote a post called Duct-tape technical writers, which was a reflection on a post by Joel Spolsky on The Duct Tape Programmer.

The basic idea is that the most successful programmers or writers are those who ship products. And under time constraints, sometimes a duct tape solution, rather than an elegantly crafted one made from precision parts, is what gets the job done. In other words, sometimes you have to live with imperfection to meet deadlines.

I'm currently wrestling with the level of imperfect content to allow in video scripts. How much imperfection do you allow?

Last week I was recording some video tutorials. I tend to go in cycles with videos, recording a series of videos every quarter and then slipping back into writing or illustration modes the rest of the time. One reason I don't record videos with the same cadence as I write documentation is because of the production time videos seem to require.

But I'm not so sure videos have to take such a long time. Maybe they only take a lot of time, effort, and production because I have such high standards for "quality." Perfect scripts, perfect demonstrations of features, perfect transitions and eye candy, perfect voiceover narrations.

To justify such an extensive time and effort, I have to chock up a lot of pre-production, production, and post-production time -- time which is never abundantly available, especially if I'm scrambling just to keep pace with agile.

The videos I recorded this week will only live about 6 months. After that time, I'm guessing there will be so many changes in the interface the videos will no longer be relevant.

Because of the short lifetime of the videos, for my recording process, I tried to simplify things a bit by eliminating as much as I could. One stage I eliminated is my audio replacement stage. I usually re-record my voice and replace the original voice, because the re-recorded voice is much smoother and without error. But that second recording takes a lot of time and patience, particularly in syncing up the audio tracks (even with the new auto-sync feature in Audition).

Now I shoot for a first-time recording and go with that, more or less, allowing the imperfection into the videos. The uhmns, aghs, stumbles, mistakes, and other unplanned speech acts -- I'm letting most of them in, rather than dubbing over the recorded voice with a new voice.

Of course, if I stutter a word and sound like an idiot, I'll fix that. And if I sound like a zombie in some parts, I'll update those parts. Mouth noises, loud breaths, lip smacks -- I'll edit all those out. But I'm trying to keep the vocal editing to a bare minimum. Not having to resync tracks is a huge time saver.

One of my rationales in allowing imperfect content is that shipping a mediocre video is better than not shipping a video at all. If the process for recording a 5 minute video just takes 1 hour total, I would record videos a lot more frequently.

But there's another reason too. I think videos narrated by professional voiceover artists who don't know the product (who merely read a script) sound fake and stilted. For example, listen to this video:

It's clear the narrator is just reading a script and has no idea how to really use the program.

In contrast, though an expert with the software may lack voiceover talent, his or her delivery is more authentic and natural, and I think it resonates with users more. There's simply an element of realness to it that can't be faked.

The funny thing about the recording process is that no matter how carefully I write the script ahead of time, it almost always needs alteration when I execute it. As I speak, sometimes I remember some critical detail I forgot in the script, or I realize I failed to note that you have to click a certain button. Or I simply realize the flow as anticipated in the script isn't exactly right.

Sometimes I realize that some aspect needs more elaboration. This can be both good and bad. During the delivery, more ideas comes to me, and what I may have written isn't as natural and clear as the words in my mind at the time of delivery. The delivery is just like writing. You can write a careful outline and think about exactly what you want to write, but once you start writing, the words spur new ideas. You discover new details and thoughts and other matters that the outline couldn't plan for. Same with speech.

The difference is that writing allows you to go back over and edit and polish the material, smoothing it out until it's just perfect. Audio doesn't quite allow that. Sure you could keep updating your script, recording again and again and again until the script perfectly describes everything, but on the 12th time through a script, I get quite tired of it. I begin to despise the script, and though I didn't intend to memorize it, I've half memorized it already, so rote memory takes over and I slip into more of a monotone, hurried voice. I never quite recapture the spontaneity and excitement that I had on that first or second try when it was still a new script.

The element of spontaneousness that you add is what makes the narration sound real and authentic. It takes an extremely talented voiceover artist to mimic the same spontaneousness.

A few cons of spontaneous speech

Spontaneous speech can add an element of authenticity and enthusiasm, but it can also unnecessarily elongate the script. Too many unplanned notes and soon the video length doubles in length. That's not good either.

Another problem with spontaneous narration is that when you're recording a software tutorial, you're not just explaining a concept. You're driving a mouse and navigating an interface, waiting for windows to load, dialog boxes to appear, etc. while also narrating. Your narration depends on the synchronization of all of these moving parts. As soon as something doesn't work as planned, you're forced to figure out what to say about it.

Sometimes the result is a narration that doesn't just have a few uhms and other fumbles -- it's slow, with lots of pauses, as if the narrator is waiting for things to happen, or as if the speech gears in the narrator's brain move more slowly because other parts of the brain require more bandwidth. Sometimes I sound tired, and sluggish -- like a zombie. Not the tone I want to imbue.

So how exactly do you write a video script? I think you write it the best you can, and when you need it, refer to it and read it verbatim. But if you're like me, you'll find yourself deviating from it at certain moments of the narration because live, immediate speech steers you that way. And once you start deviating from it, it's harder to return to it.

If you get stuck, simply stop, pause, look for a place in the script where you might start again, and go from there. But if you don't get stuck, if you fall into a natural, regular rhythm that mimics real speech, I think that's when you've really found your voice. Because in that moment, you sound real and authentic and human. Despite the occasional fumble, the listener will forgive you because these real qualities are more important than sounding perfect. These spontaneous, natural qualities are what make the script perfect.